A Year of Brownies 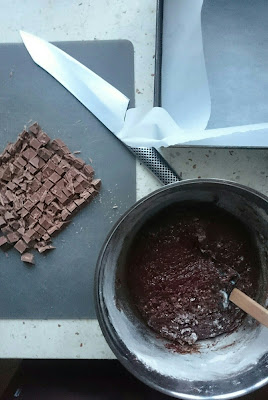 I miss it here. And you know? There's only one way of changing that. Getting back to it. This morning, while putting together a brownie for coffee guests coming over later, it hit me: I need a project. No better time for starting one than when the year has just turned.

I think I have a pretty good recipe for brownies. At least I have one I always make -  I've made others, but have somehow always returned to this one. But is it really the best? I like squidgy and gooey more than cakey brownies. I like plain, unadorned brownies - no nuts, berries, add-ons - just chocolate, please. But perhaps I'm in the wrong? Thing is, I don't know. I need to find out.

So prepare for a 2016 with a Baker's Dozen of Brownies - one for each month. My list is as follows:

Research (may be extended)
Bon Appetit on Brownies
Email Post
Labels: A Year Of...