A Year of Brownies - April

Unsweetened chocolate. Oh, the woe is me. Unsweetened chocolate was the key ingredient in this months brownie, coming to you from Deb, over at Smitten Kitchen. Not easy to come by around these parts, let me tell you. Back when I started this project, I asked one of my friends going to New York if he would get me some, but even in the City of Dreams, he didn't find it. Well, he didn't find the Sharffen-Berger kind I wanted. Luckily, I had some at home, from a trip I did many, many moons ago - but it was long-past-it's-best-before-date. Not one to be deterred, I used it anyways - which may be an explanation for my less than impressive results. (yes, that was a spoiler right there...)


METHOD
You melt chocolate and butter, then whisk in sugar, then eggs. Similar to my standard recipe, but the batter became almost fudge-caramel like - long and dense, somehow. And you could tell there was a LOT of sugar in there, with it almost crystallizing. 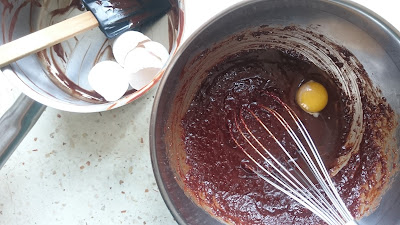 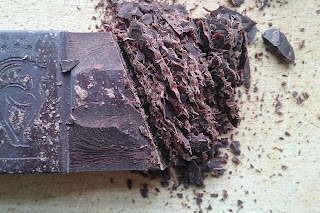 Considerably less chocolate, much more sugar! Which makes sense, considering the quality of the chocolate - there's just les sweetness to it, naturally. (I tasted the melted chocolate - honestly not a pleasure!) This recipe also uses only caster sugar, no soft brown sugar.


THE VERDICT:
Tastewise, definitely okay, but sugary sweet. Texturewise, fudge-like - not chewy, not cakey, they felt more like a candy, with the sugar very noticable. This may have been caused by my out-of-date chocolate, but as they were, tasty enough, just not... a brownie, in my book. Deb suggest these are best cold, maybe even frozen - I never managed to try them frozen, but the suggestion has me wondering whether the fudge-like quality is enhanced by this, or would make them more brownie-like? I will try them again, should I get so lucky as to come by some unsweetened chocolate, just to make sure. Deb's recipes very seldom disappoint, so I am stumped as to why this one did... Perhaps my 13th. brownie should be one of her other brownie recipes, just to make amends? 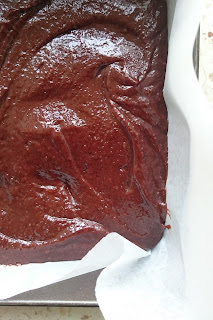 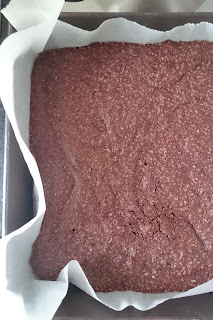