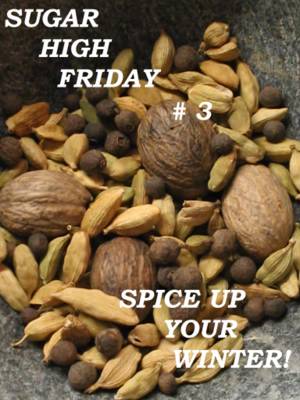 It was the year 1317 and I was travelling with Marco Polo along the Silk Road. On our way, we passed the most amazing cities, small ones, large ones, but they all had something in common. There was always, ALWAYS a bazar to be found. Vegetables, dried meats, live animals, clothes, spices - ah, the spices. The scent went to your head, almost making our entire company dizzy.

I remember one bazar particularly well - actually, my memory serves me badly, for I cannot remember in what town we were, or even have a remote idea whereabout in the town I would ever find it, should I be so lucky as to stumble upon the city again. The bazar was one of the liveliest and loudest I've ever seen, with vendours everywhere, offering golden jewellery and wowen cloth. All of a sudden, I found myself lost in the maze of stalls, and could see nothing but sand, high walls and brightly colored scarfs all over. When I finally thought I got my bearings, everything was quiet. It seemed I had found my way down a small alley, without even knowing, being drawn there by the loveliest scent...

As I came closer, I realized I had found a hidden treasure. Everywhere around me I saw happy women with the most amazing stuff piled up on their small tables, and the scent - ah, the scent - allspice, nutmeg, cardamom, mixed with cinnamon, almonds, oranges, pistachios.... I was amazed and impressed with the diversity displayed.

I went to the first stall, where stood a beautiful woman that greeted me with a smile - she seemed to be the one responsible for arranging all the women here. Her name was Jennifer and she called her stall The Domestic Goddess. On display she had an amazingly looking Christmas Spice Cake - the scent had my head spinning...

The next woman in line, Jeanne was her name - had on what she called her World on a plate served up Pear Nutmeg Scones with a homemade clotted cream. I took a long, longing look as I passed by...

"Would you like to try a bite of my Spiced Angel Food Cake?" It was the prettiest little creation, with a spiced filling, presented by Nicole. As she stood there with her Baking Sheet, tempting me, it was hard to resist - but I had to see what else was going on in the secret alley...

I passed Christine, who was calling out "I like to do stuff!" From her small fire wafted the pretty air of Cardamom and Nutmeg infused Rice Pudding with Sugared Pistachios. I saw other people buying her pudding, and it was served in the loveliest way, in a tall cocktail glass.

Next up I noticed the glistering jewel-like-ness of a tower of Cardamom Rose Turkish Delight. Sam, the woman offering them said she almost always closed her stall, Becks & Posh early, because everyone loved them so much, she sold out in no time - only her husband thought them too weird...

The next three stalls were boasting cookies, but what cookies! The first stall, Culinary Epiphanies had Kelli behind the counter. Her Ghoraiybah smelled beautifully of cardamom and I liked the little almond-adorned ring-cookie.

Kardemommmekager, Kardemommmekager! Viv offered from Seattle Bon Vivant - and kindly explained to me that they originally were of Danish origin, just like myself. But she'd dappled them around to make something entirely her own, and they looked gorgeous, nice and chewy.

Big mugfuls of hot beverages and fine glasses of sweet wine were offered along with Elise of Simply Recipes' Ginger Almond Biscotti They were made with ginger from her own garden, as well as allspice and nutmeg and looked good and crunchy. I thought about taking some with me for our travelling, but someone was faster than me...

As I walked on, I saw a big sign on a tent, saying Esurientes - The Comfort Zone. I went in, and in the cool temperature inside sat Niki with a couple of tall glasses filled with Orange Jelly with Lemon and Cardamom. It had a thin layer of cream on top, and the cooling jelly looked like what everyone would need here in the desert heat.

Back in the sunlight, I was blinded and could hardly see anything. When I had adapted, I found myself in front of My Adventures in the Breadbox. Alice sold thick slices of Cardamom Banana Bread with Pistachios, the banana and cardamom smell blending in a way I had never imagined possible.

I managed to tear myself away from the bread just to see a couple of twins grab the last of Annalyn's Banana Pistachio Crunch. She told me I could always stop by her stall, Ajay's writings on the wall and she'd get me a copy of the recipe for the next day. I promised to come back, it sounded so easy to do...

The heat from the sun started getting to me - but then I realized it wasn't the sun, but a large communal oven hidden in a small shop, from where the heat emanated. The shop was called Words to Eat By and Debbie who was adjusting the oven, was pulling out a great-looking batch of Pumpkin Bread Pudding. The smell filled the room and had people stopping outside to smack their tongues in delight - Debbie had a repetoire of things she did, and the Pumpkin Bread Pudding was a definete favorite amongst everyone, someone told me.

Just outside the shop was a small fireplace with a curiously looking pot. I went to ask the woman, who's name was Carolyn, what is was? She kindly explained, that in the 18thC cuisine, a Charlotte Mold was used for doing things like Steamed Apple Pudding with Cardamom, Allspice and Nutmeg. I was lucky, and she offered me a piece of the just finished pudding, with a big glob of sabayon on top - it was divine. I went on, munching on my cake, thinking 18th century? That's a weird calender they have here...

From the back again, came the sweet scent of cardamom and apricots. I had to go and see where it came from, and standing on my toes, peaked through a window. A woman smiled out to me, saying: "Welcome to My Little Kitchen" Her name was Cathy and she was putting together a batch of Auntie Bee's Apricot Cardamom Muffins, a recipe that her favorite aunt had tought her. As I was getting up to leave, she adorned them with a cinnamon glace - they looked fingerlickingly good.

It had started to go a bit dark. Men started appearing, some of them turning to a stall named Where's my dinner? I think it might have to do with the homemade liquer that Anne had for sale - it did look divine, bright, red strawberries combined with cardamom and steeped in vodka. As if that wasn't enough, she also had a Cardamom-Cinnamon-Walnut Cheesecake on display - the people were eager to get at it, so she hadn't even tried the two things herself. Yet. She promised me she would.

I looked around and found the streets lit by nothing but the small stall-lights and the white teeth of all the women smiling. How lucky was I to have seen all of these 16 women's creations? I had to find my travelling companions and take them here, this they couldn't miss out on. On finding my way back to our camp, I stuck my hands in my pocket and found a small paper bag - it had to small tart-like Cardamom Cakes in it. I had no idea were they came from, but bit into one happily and stopped to look back at the street where I had spent the entire day. I couldn't see it anymore. All I had left was the memory and a small cake...

Thank you for participating in yet another Sugar High Friday ladies!

Emily said…
oh no!!!! i totally lost track of the days and forgot that the SHF was coming up!!! now i have nothing to show for this event..... :( i'm sorry zarah!! i really wanted to participate. wonderful job hosting it though, very fun to read!!! and your cardamom tarts look scrumptious. :)
Sunday, December 12, 2004 5:00:00 AM

Anonymous said…
Zarah - thanks for such an amazing and terribly creative way to do the round-up! You have done a perfect job with this month's SHF. Thank you again. And those tart-like cardamom cakes? Wow. Delicious! Congrats.

Carolyn said…
Zarah, this was such fun. Thanks for being the hostess and for your yummy sounding cardamom tartlettes.
Sunday, December 12, 2004 6:40:00 PM

Zarah Maria said…
Thank you all, for the nice words! I really enjoyed myself hosting and would definetly recommend you'd all try doing it sometime! So who's having the next one, huh? Huh? :-) I'm looking forward to baking/desserting/jellying/jumping up and down with everyone again!
Tuesday, December 14, 2004 7:08:00 AM