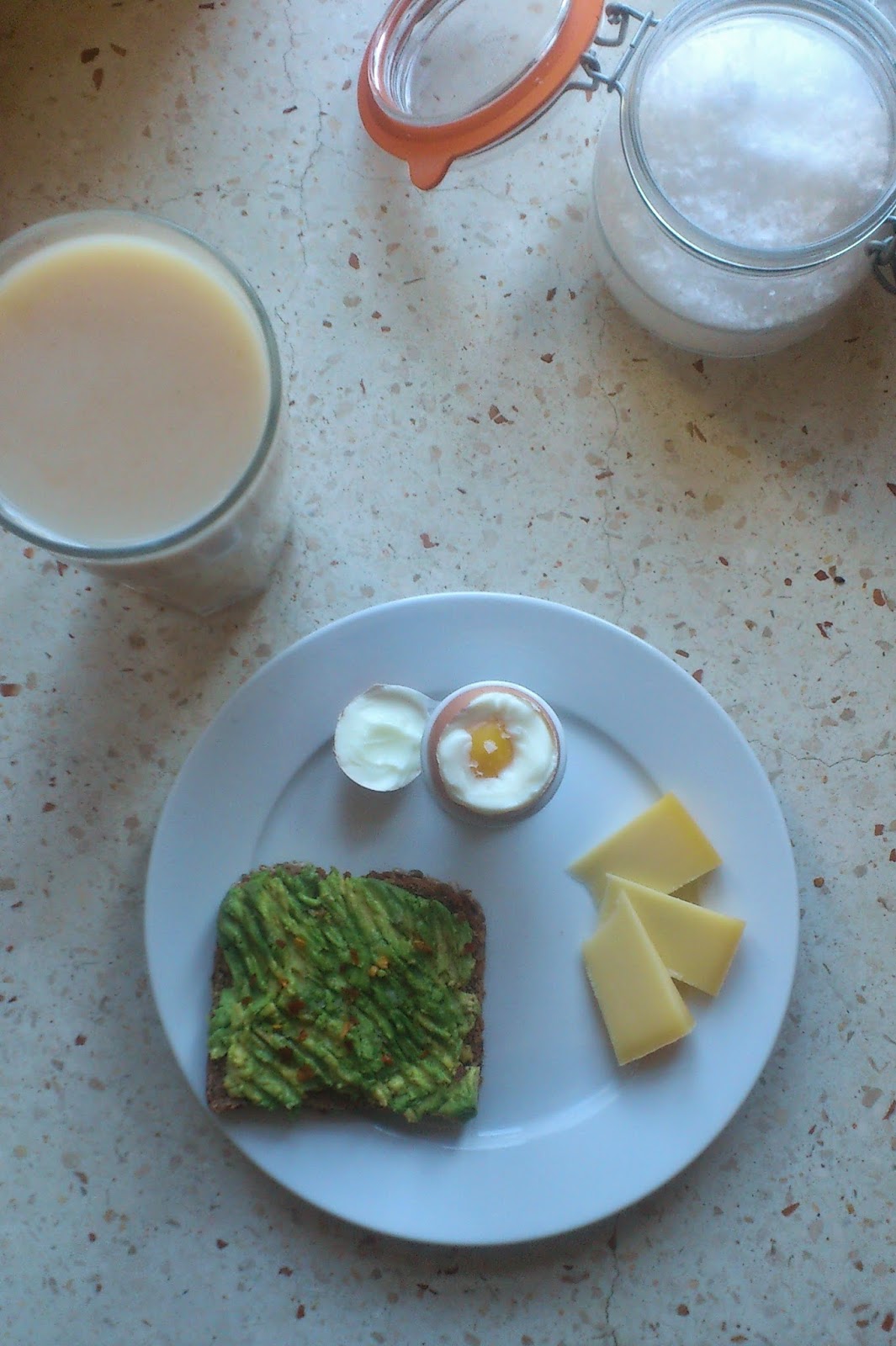 My Dad used to boil me eggs. Back when I was little, and I was with him on the weekends, we'd usually have soft boiled eggs in the morning. Two per person. I'd rush to eat my first one before him, so that I could turn it upside down and pretend to serve him his first egg. He'd play along and give it a proper bash to peel it, and lo and behold, the empty shell would fall in on itself. Ah, the silly little joys!

I remember how hard it was to peel that egg. It was too hot, and my little fingers got burned, and the shells cut like little sharp blades. I'm not entirely sure, but I actually think my Dad always peeled them, until that whole ritual stopped - not consciously, but because, life. I became a teenager and got a boyfriend. My Dad married my Bonus-Mom and little brothers and sisters entered our lives and had to have their eggs peeled. For a lot of years, I didn't eat many soft boiled eggs. M doesn't like them and if he was having scrambled eggs, it felt weird boiling my eggs instead.

But then, life, again. I grew up, I studied, I became a doctor. I work my share of night shifts. Sometimes, I get to sleep for a few hours, sometimes none. Regardless, once it's over, I come home, usually around 9 or 10 in the morning, all alone, in the apartment abandoned by the rest of the family just a few hours earlier. I boil water in the kettle, enough for a big cup of milky tea and for the pot that I will boil my two eggs in.

The night shifts are at times exhausting - not just because the patients are (often) more sick than the ones we meet during the day (otherwise they'd be in their own beds, I'm sure) and therefore more complicated, from a medical view - also because the stories during the night always seem a little sadder, the destinies a little more tough. I've always loved working evening and nights, I always will. I like the wee hours. But there is also no doubt that they do take a little more toll on me than dayshifts. Even if only because of the lack of sleep.

So when I get home, I'm usually a little rough around the edges. I peel of my clothes and put on a big sweater and soft pants, ruffle up the duvets and pillows. Cut two slices of rye bread, put butter - always butter, except if it's smashed avocado, like above - and cheese, perhaps a little 'spegepølse' on the plate. If I slept during the shift, I eat in the kitchen, but most mornings, I bring the tea, the eggs, the bread with me into bed (shhh, don't tell M!) and I eat it there. My eyelids are heavy, the bed is warm from the guys that left it not long ago, and the eggs provide a strange comfort, almost as much as that of the heavy duvet. My belly full, I fall asleep. And when I wake up, the world is well again.

In my opinion, there is an art to the soft boiled egg. It really needs to be cooked proper - not too little, and not too much. If the whites are runny (ick!) or the yolk too hard, it's just not right, and it will never hit the comfort spot. What works for me, is 5 minutes and 30 seconds of proper boiling - yes, I bought a timer that works in seconds. I put the eggs in once the water boils, get the water back to a boil, then time it. The second the timer beeps, I run cold water over the eggs and that's it. It's not groundbreaking culinary new-comings, but it doesn't always have to be.
Email Post