A Year of Brownies - June 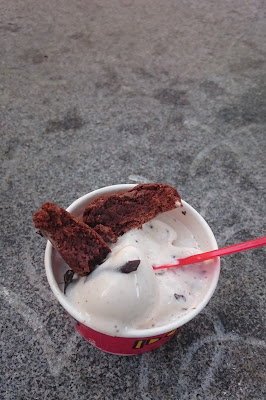 It's June, it's summer, it's HOT! Can't have the oven on for too long, so brownies, layered with ice cream from the lovely, Foodbeam? Hear hear! Only I never got so far as to do the cookie sandwiches - I just ate my cookies alongside banana ice cream from ParadIS. It was lovely! 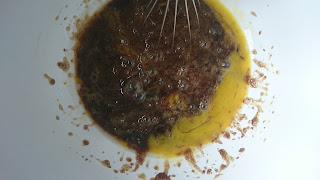 This is a cookie, but unlike most cookies I make, there's no creaming of butter and sugar. Instead, you go the standard brownie route: melt chocolate and butter together, beat eggs and sugar, mix the two and add flour mixture. The batter ends up somewhat stiffer than a regular brownie batter, but only by a whisker.

INGREDIENTS:
These cookies use brown sugar - that's new, only my standard recipe has a mix of brown sugar and regular sugar. There's a - in comparison - tiny bit of sugar (30 grams), but that is more than made up for by the amount of chocolate - 200 grams. I used Valrhona Guanaja 70%. 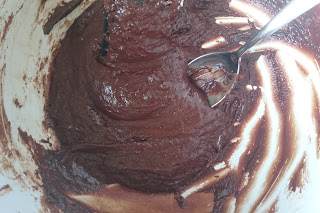 THE VERDICT:
While a cookie by nature, texture-wise, these are almost a brownie. They come together super quick, the dough keeps and bakes really well from the freezer, and they get that crackly surface a proper brownie should have. They're in it to win it, The chocolate taste is rich and dark, but if I am to be brutally honest, they aren't brownies - they don't have the squidge, the je-ne-sais-quoi - and they're not square. But they're awfully good, and no bad substitute for a brownie. When I was to place these on the ever evolving LIST, they actually came out no. 3. So there. 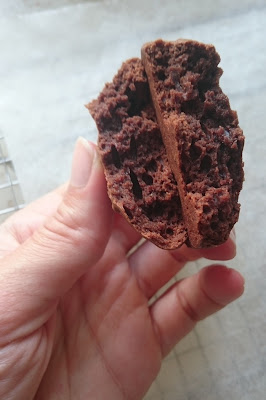 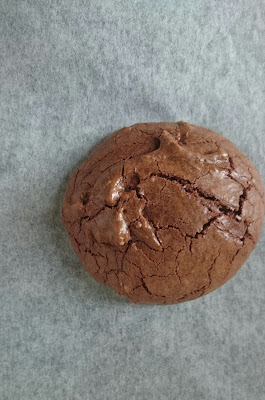 THE RECIPE: HERE
I only got 20 cookies out of the recipe, not 20 sandwiches.

(btw., Foodbeam - or Fanny, as she is named - has moved to Sweden and now blogs over at Comme un Lait Fraise)