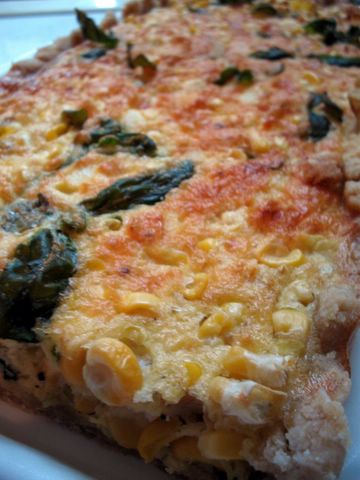 Sweetcorn tart from Tamasin Day-Lewis' Art of the Tart. Just not what I thought it would be.

The pictures in this post are of food made from recipes that turned out okay, but just not as I thought they would. I don't think the recipes were off, and you might like them should you find the recipe somewhere and try them out. I just thought I'd use the pictures to accompany this post on how things that look good on the outside might be just a little flawed at the edges. Like I feel at the moment.

It seems that lately, all I do here is trying to resurrect my blog. Maybe I'll keep doing that for another year or so, maybe I'll stop completely someday. But the silence the last couple of weeks has had it's very own reasons. Personal ones. And reasons that are really hard to talk about in a place that concentrates on food, and the good kind, mostly. It's got to do with me, how I percieve myself and the people around me, and oh. 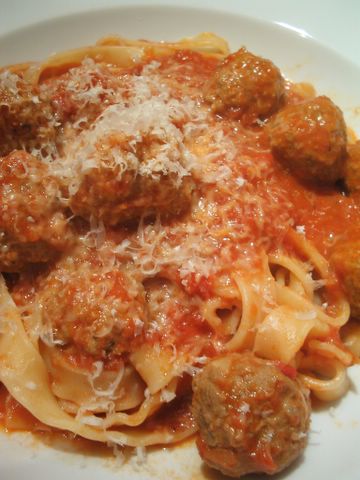 Spaghetti and meatballs from Nigella Lawson. Just plain blah - but M spiced them up the next day and they where SO much better. There you go, trust your own (or your boyfriend's) instincts.

Lately, there hasn't been much food. There hasn't been much good, either - not food, not much else. And before I start sounding like I'm somewhere down in a deep depression, I better tell you that I'm not. Things are just hard right now. In my head, mostly. I told you before, that even though I don't think it's something I plan my life around, I tend to try to be a perfectionist. Sometimes, that illusion breaks into a thousand pieces, and there's nothing you can do but try and pick up the pieces and put it back together. Hopefully in a stronger pattern. But there really are no promises. And while you do it, it takes a whole lot of concentration. 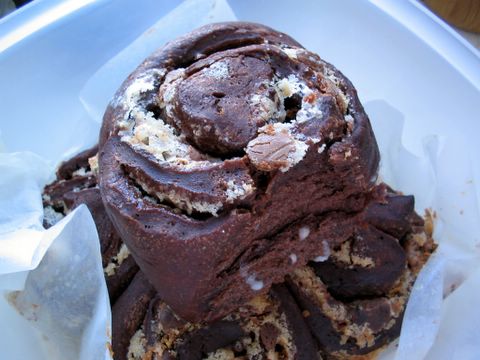 Chocolate Swirls from Lisa Yockelson's Chocolate Chocolate. Dry and just not interesting enough, considering the amount of work that went into them. Eh. They looked pretty, though.

Why let you all know about this? I don't know. I actually don't, because face it, I'm not saying much anyways. What I want to do, mostly, is just to be honest and straight up. Is it a weird forum to put all these thoughts out in? Perhaps. But it's also a forum that I trust and love. And one that I miss, as I've said many a time before. One of the things I'm trying to focus on, is to do things that actually make me happy. To really listen to myself and do the things I want to do, and not necessarily what is expected of me. 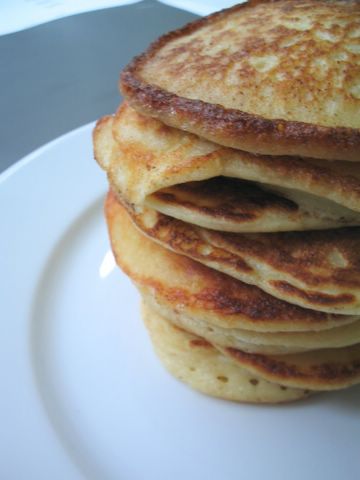 So I'm trying, again, to come back here. It might not happen. This post might get stuck up here at the top for ages. Just know that I'm trying.

Anonymous said…
If you want a complete stranger (I haven't even commented much but at least I live in Copenhagen) to buy you a cup of coffee, let me know. You can find my email address on my about page, I think. If not, here's a virtual cuppa for you.
Sunday, November 12, 2006 11:33:00 PM

Anonymous said…
It always takes so much longer than it seems it should. I'll never understand why we get this perfect thing going. Be easy, easier on yourself.
Monday, November 13, 2006 2:58:00 PM

Anonymous said…
Hi Zarah! Hang in there...things will get better...here's a virtual HUG for you :)

I've been a lurker for a long time but I recognise your feelings and thoughts. I hope brighter days are not far off...

I'm so sorry that you're having a rough time. If there's anything I can do from an ocean away, just let me know. I think with great fondness of our good time together in NYC, and I check in here frequently for news -- so if it helps to know that you are read and loved, try to remember that!
Monday, November 20, 2006 5:08:00 AM

Anonymous said…
Hey Zarah, Am really admiring your honesty...just remember if it doesn't kill you it makes you stronger... hope things get better for you soon
Wednesday, November 22, 2006 3:57:00 AM

Zarah Maria said…
Thank you so much for your kind words. It really means a lot - these virtual, and in some cases even real, friendships are near and dear to me. I'm on my way somewhere, just not quite sure exactly where. I know it will be good, though, and that's really all that matters right now. Again, thank you!
Thursday, November 23, 2006 12:17:00 PM

leedav said…
I love the idea behind this post. It's a bummer slaving away on something only to have it not taste very good, do you blog about it anyway. They can't taste it! Haha! I hope I never resort to that and I hope you feel better soon!

It's funny, I was looking for food blog s'cool and found your post about discovering the macro setting on your camera. I just discovered it on mine yesterday and wanted to sing with joy!
Thursday, November 30, 2006 5:03:00 PM

s'kat said…
Hey Zarah- just keep in mind that 'things change', but it may take some time.

Tea said…
Hang in there, Zarah. We wouldn't be human if we all didn't have periods of supreme self-doubt. I've learned that sometimes it's the hard parts that teach us the most--about ourselves and about the life we each want to live. I hope it's true for you as well.